A recent seminar I went to on PR and social media got me thinking about Jason Calacanis and his recent launch of Mahalo, a new search engine that sports the tagline – the world’s first human-powered search engine. (An idea that’s not hugely dissimilar from the now derelict DMOZ) and I begun to wonder whether Calacanis’ recent notoriety was entirely spontaneous. 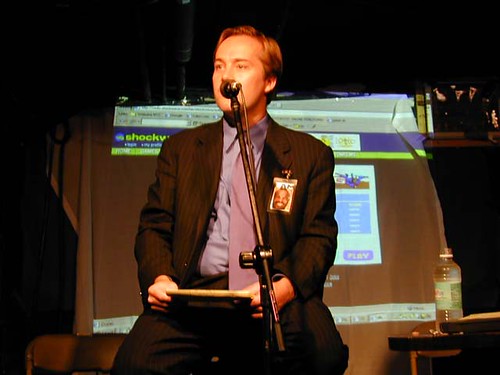 Back on Dec 4th at the Chicago Search Engine Strategies conference Calacanis made some slightly uncomplimentary comments about the SEO industry. He commented to veteran search engine optimization Blogger Danny Sullivan: “SEO is bullshit, if you generate a web page with good content, Google will rank the page properly.”

A strange point of view to take; especially when talking at an SEO conference. Jason must be a smart guy, just look at his credentials, he set up a blog network bought by Time Warner for somewhere in the region of $30 million; so why would such a bright guy make a flippant comment like “SEO is easy”?

The comment makes the guy look ill informed and unable to grasp the complexities of what SEO is all about. You’d expect a comment of this nature to come from someone that doesn’t understand the intracies of how the web & search engines work, but not from a guy who owned one of the most linked to blogs in the world.

So, is Jason lacking a bit of the old grey matter, or was that session at SES with Danny an act and all part of a cleverly masterminded plot to engage with the SEO community, generate loads of media attention and start his PR bandwagon rolling for the launch of his own search engine – Mahalo? According to his linked in profile Mahalo was up and running in Jan 2007, so we can assume that Mahalo was well and truly planted in his head at SES Chicago.

What a great way to get the search engine marketing and wider tech community questioning the true quality of Google’s natural search results and debating new site indexing methods.

If you’re saying SEO is easy, then surely you’re also saying that Google is easy to game, hence their poor search results. Not a bad conversation to get started if you’ve got a human edited search engine on the back burner.

Of course Calacanis appreciates the mindshare Google has of the tech community, so there’s little to be gained from a direct assault on Google’s algorithm, he’s far too smart than that, no he needed a more subtle approach, hence the attack on SEO.

By blaming the SEOs rather than the Google’s technology he did a nice job of navigating the political minefield of claiming the engine’s results weren’t up to scratch but at the same time using their results for long-tail results and relying on Adsense for revenue at the same time creating plenty of buzz for his new start up.

Still I’m undecided whether it was a PR masterstroke or pure fluke, either way he’s certainly got the community talking and linking. He’d probably make a good SEO.

This post was originally written by Damon on our previous blog but I re-uploaded it here under my name – as much as I’d love to steal the credit for it!