As marketing Cock-ups go the fairly recent launch of the [tag]London Olympics[/tag] logo certainly makes a good dent in the most embarrassing list. The logo was widely condemned, was criticised in online & off solidly for the best part of a fortnight. 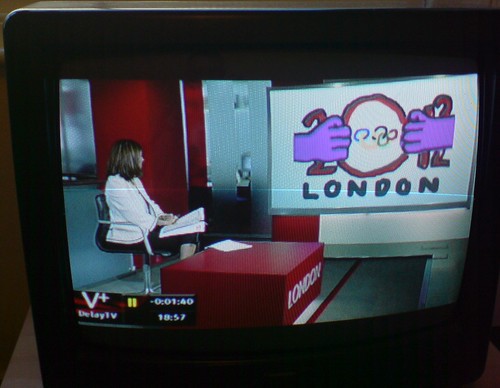 The Beeb – Obvivously not familar with Goatse via flickr

It’s easy to talk with hindsight about how they should have seen the furore in advance, but the frequency of mistakes like this shows just how easy it is to get it wrong.

But are there lessons internet marketers can learn from the slip ups like this.

Expect the Worse – optimism is vital when coming up with a marketing strategy but you don’t want to lose all pragmatism. Given the scrutiny that the Olympics had been under for overspending; a large corporate branding exercise, costing a significant amount of money, was always going to come under criticism. With your projects think what the worse possible reaction to your strategy could be and be prepared for how to deal with that kind of eventuality.

You Don’t have to Make a Big Splash – the [tag]Olympic[/tag] committee assembled a load of the press to unveil their logo. Sometimes, this kind of ‘event’ launch can work really well, other times a softer, slower launch can be a lot more effective. It will allow you to make small tweaks and alterations out of the glare of the spotlight you’ve created for yourself.

Cover Every Angle – the agency behind the [tag]Olympic logo[/tag] didn’t correctly test the moving version of their logo for the effects on Epileptic viewers. Given the flashing images in the video it was inevitable some news agency would carry out the tests, and unfortunately it failed. Don’t let any of these kinds of lapses into your campaign. This mistake kept the backlash about the logo in the public eye longer and turned the criticism making into debacle.

Don’t be Afraid to do Something Simple – a lot of people complained that there was nothing wrong with the [tag]2012[/tag] logo used for the application for the games. To internet marketers this highlights an important lesson; don’t re-launch or change a marketing campaign just for the sake of it. If it’s not broke, it might not need fixing.