Search marketers come from all around the world; but our American colleagues do a great job of making the most noise. It’s not surprising, given all the major search engines are based state-side and their thriving marketing sector that some companies are approaching US firms to manage their search marketing. 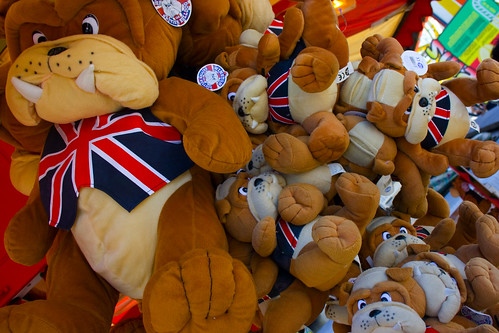 However any Brits firms drinking the American SEO Kool-Aid would be wise to remember there’s plenty of reasons why our friends over the will never out perform a British Bull Dog SEO firm!

Language – we speak the same language but write it down completely differently. It’s easy enough to make the small changes, just switch your dictionary in MS Word. But there are plenty of intricate linguistic differences between English & American English, there’s even a blog dedicated to it.

Completely Different Authorities – we’ve had clients who have got one link from the BBC see their rankings sky rocket. Most Yanks will know about the Beeb, but it highlights the authority websites for the won’t always be immediately obvious to an American firm. Once you’ve lived in a country a while you suck up who’s an authority by osmosis, and it would be a difficult for an overseas firm to compete unless they are made up mainly of Ex-pats and people who have spent a some time on our little island.

Softer Sell – have you seen an American landing page? You’ve got to make your proposition clear but some firms really like to hammer it home. If you’re a firm selling to customers you’ve got to understand your audience and all their idiosyncrasies. Us Brits like our marketing more subtle, but that doesn’t mean it can’t be equally successful.

American Focused Social Media – most of the major America social book marking sites have a strong American focus, this can be a great opportunity if you’re after American customers but isn’t so appealing if you only sell to the UK. That doesn’t mean there aren’t opportunities to harness social media in the , but your strategy has got to be quite different.

Some Old Techniques Still Work There – It seems strange despite being a hugely dynamic market but some old fashioned techniques seem to work quite well state-side. Directories have died a death over here but a few still seem to have some power for US results.

This is just one of a number of differences between the two markets that you could end causing you to get your fingers burnt and why I wouldn’t recommend a British business approach an American search marketing agency, but then I may be a little biased!