Niccolò [tag]Machiavelli[/tag] is a pretty controversial guy, a philosopher heavily involved in the political scene of Florence during the 15th & 16th century, he’s infamous for his treatise ‘The Prince’ which as has provided inspiration for single minded politicians and businesses people since. 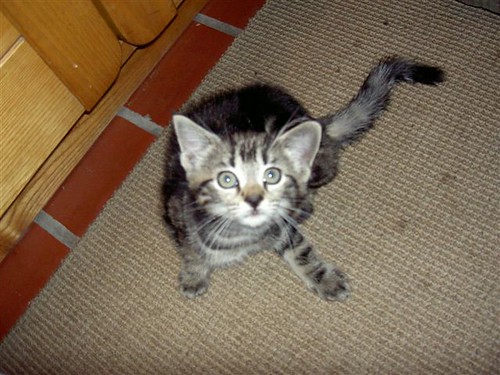 Be confident – central to Machiavelli’s strategy was confidence, by being assured of yourself you are able to influence other and events. In [tag]search marketing[/tag] terms; understand that your abilities and knowledge qualify you to promote your business better than any of your competitors can promote theirs. Your marketing will be successful if you believe you will be successful.

Be Aware of your Competitors – Niccolò thought it essential to be aware of your rivals. The world of internet business is no different 15th century Florence. You should know competitive websites inside and out, whether they are performing well or not. Respond to their strengths and exploit their weakness. Show them no mercy because they wouldn’t show you any.

Keep Ideas to Your Self – in the world of blogs and the web transparency has become a great currency. Business like SEOmoz publish their financial statements on their site to show where they are making money and blogs are filled with tips and techniques which have plenty of commercial value.

This kind of open-ness can be a great marketing technique in it’s own right, but remember keep your most valuable ideas & techniques to yourself. The knowledge that you have that your competitors don’t; is what keeps you ahead of them in the rankings.

Control Emotions & Control People – Machiavelli believed that people were easy to control whether they were rivals or comrades. Marketing is no different; if you can control the emotions of your competitors of customers you’ll do well. In business people are often afraid of confrontation, if you think a competitor has an inferior product or service to yours; don’t be afraid to say so. Most likely they’ll be too scared to react or respond with anger, either way you are controlling their actions.

Associate With Talent – certain people will be able to do things better than you, that needn’t be a threat if their skills compliment yours. Whether it’s individuals or companies, make deals and arrangements that benefit you collectively. These kinds of relationship are really valuable and can have a great effect on your influence.

Don’t Be Scared to be a Rebel – vital to the treatise was the idea that you shouldn’t be scared to be rebellious. Just because a course of action seems unusual that doesn’t necessarily mean that it’s the wrong choice. For example just because everyone is pursuing the first page of digg as a badge of social media success; doesn’t mean you need to follow suit. Make decisions because you believe them to be right rather than because that’s the choice everyone else would make.