At the cutting edge of social media marketing there’s a lot of experimenting going on. The people taking the most risks seem to fall into one of two different camps. The huge marketing budget mega corps or the ‘I alone am the marketing department’ small guys. 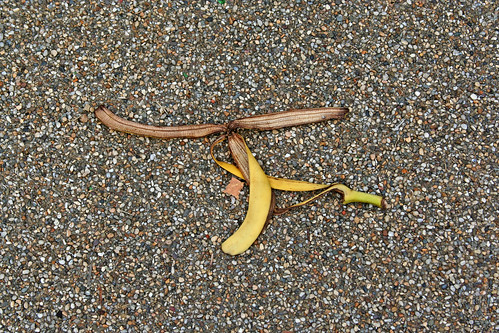 For both parties there are plenty of risks when dabbling in social media and plenty of people have made mistakes, most of which have been well documented. Below I wanted to dedicate some column inches to a few of my favourites.

Some you may already have heard of, other are less well known. I hope by shining the spotlights on these slip ups it will save a few of us social media marketers making the same mistakes made by some misfortunate peers.

Fake PSP blog – there are few fan boys as militant as fans of the play station, there are hundreds of blogs creating a huge echo chamber about every development in the world of the PSP, PS2 & 3. So it made perfect sense to their agency to launch a blog purportedly from a young kid desperate for a PSP for Christmas.

However the people behind the campaign forget commandment number of social media, Thou shalt be honest.

It took literally hours for the blog to be out-ed as a fake and rather than having a positive marketing influence it just distanced Sony from their already dissatisfied fans bored of waiting for the PS3.

Emap vs. the Blogosphere – a few of you might know I used to work at Zoo magazine, which makes the ongoing battle between mag and the blogosphere over copyright of photoshopped images much more interesting.

At the heart of the issue was a desire by the magazine to embrace the popularity of websites like b3ta, however they misjudged the share and share alike nature of the web and thought they could get away with including the humorous mash-up images with out attribution. A big mistake and they have got plenty of stick as a consequence.

Mybloglog vs. Shoemoney – it wasn’t so long ago everyone was loving mybloglog, and a few short months later they seem to have lost the momentum. I think the tipping point was when they banned Shoemoney after pointing out an amusing security flaw, which meant you could pretend to be another mybloglog user.

Techcrunch UK – one of the best things about the blogosphere is how people air their dirty laundry in public. Michael Arrington of Techcrunch has built a mini publishing empire out of his ability to harness links and attention to his blog. However when he unceremoniously sacked Sam Sethi from techcrunch UK for criticising a tech conference, the backlash from brits was pretty brutal.

Michael actually dealt with the debacle quite well but if he’d been as smart as he normally is he never would have found himself in the situation in the first place.

Kryptonite Locks – At Site Visibility we are all quite big cyclists, in fact I’ve just started training for next years British Heart Foundation 100 mile off-road bike race, that a few of us here will be attempting next summer. So the youtube coverage of Kryptonite bike locks getting picked has actually affected our buying decisions.
The simplicity with which the locks are picked using a biro pen has made me look round for a new lock. The fact the company has never come out with a strong response and lost customers highlights quite how important social media has become.

If you are interesting in learning more about how social media marketing could help your business grow please get in touch.