At Site Visibility we love the Yahoo/Overture [tag]Keyword tool[/tag], it might not have the functionality of some of it’s paid for relatives; but when it comes to UK specific data it has been hard to beat. Despite this I think it’s time we put the tool out of its misery and let it die the graceful death it deserves. 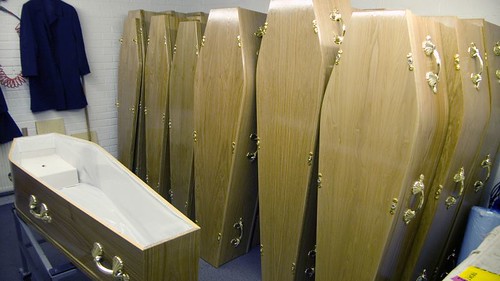 This one should fit you perfectly mister overture – via flickr

Unreliable – You don’t want to have to schedule your [tag]keyword research[/tag] around the down time of a tool. Whenever I fire up the tool I’ve got my fingers crossed that it is working; the problems happen that often. I know you shouldn’t be over-reliant on a free tool, we have backup options in place, but it is just plain annoying how frequently the tool is slow or offline.

Can’t Bulk Export – for a small PPC campaign you can easily find yourself with a few thousand keywords, with no way of exporting favoured terms and their search volumes, the tool is pretty much useless. As PPC becomes more competitive, the long tail terms are more important than ever and this simple lack of basic functionality is embarrassing.

Plurals – there’s no distinction on the Overture tool between singular and plural terms, it’s no big secret but it’s still a huge pain. In a lot of campaigns it would be really useful to know whether the singular form is more popular than the plural. Most other keyword tools manage, which makes its absence even more frustrating.

Figures are Unreliable – the search volumes numbers where always a ‘ball park figure’ but they seem to have become even more erratic recently. The most obscure vanity searches appearing with hundreds of queries and big terms with only a few dozen. The numbers were only ever useful for assessing the relative popularity of terms amongst your own keyword list, now I don’t trust them enough to make that kind of judgement.

Already Dead in US – they’ve already killed the tool in the US now they’ve fully migrated to Panama. So the writing is on the wall for the UK version. It looks like their moving to the rough estimate of traffic favoured by Google, which is a shame it was the specific number which made the tool so useful.

It’ll be a shame to see it go but if it continues to decline at the current rate there won’t be anyone left using it. Maybe that’s Yahoo’s strategy.