There has been a lot of hype this week about Seth McFarlane, the creator of Family Guy
and Raven Symone -ex Ogilvy- creating videos that will be placed in AdSense.
I have always been a believer of interactivity increasing retention of the advertising
message, but in this case I believe the effects will be different than expected, and that viewers will not be converted into customers. 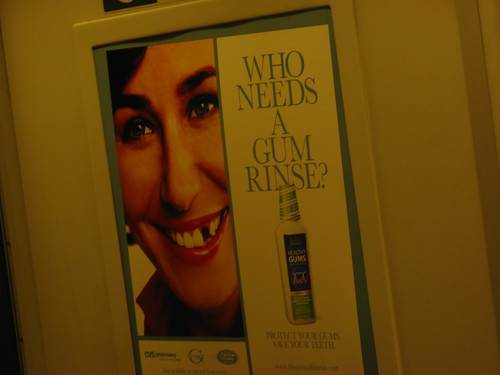 If ads are too funny, they will stick out too much and reduce the effectiveness of the advertising message. via flickr

[tag]McFarlane[/tag] (comedy genius in my mind) is a brilliant creative, who manages to combine
many characteristics of the teenage internet audience into his animated series:
amuzing, unconventional, viral and politically incorrect but most of all,
his shows get funnier the more you watch them. Being politically incorrect, the
animations make viewers feel part of a new group with a distinct sense of humour.
Fans of the family guy series will probably be searching adsense websites for these
videos as soon as they read they have been released.

And that is exactly the problem: the viewers will never be converted because they
associate the time they have spent watching the video with entertainment and not
information. Once the video ends, the viewer will not click on it again, he will
be more likely to close the window and forget all about the brand which paid to
have its logo inserted in the top right corner of the screen…

Even if products are inserted into the animation itself (product placement), then
viewers will not take the information seriously given that brands and products are
regularly slated in McFarlane’s series which has swept internet audiences across
the globe.

The goal of advertising, and specifically Internet marketing is to convert users;
video can produce amazing results if handled in the right way (like Dove’s campaign for
real beauty) as interactivity increases the retention of the advertising message,
but if the video does not cleverly promote the product, then it is useless for an
internet marketer who is looking to convert viewers into consumers.

In the case of McFarlane, I believe that these videos will promote him, his series,
the medium, but not the products themselves.