Yesterday, YouTube announced that they would experiment and launch a new kind of video ad format on their website in an attempt to start generating money from its huge user base. Having taken over YouTube, Google has found a way to capitalize on advertisers by offering an advertising scheme that benefits, well, no one. 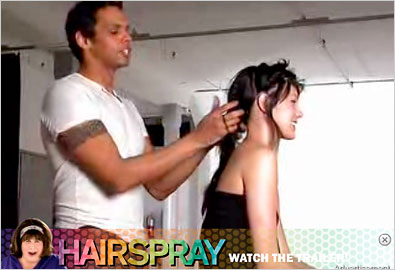 Google knew that placing advertising around videos was not enough, as users do not focus on them. therefore, they could not promote any other advertising benefits than the popularity of the website itself. They therefore decided to place the advertising message in the video, as an ‘animated overlay’, basically another layer of image taking 20% of the video’s size. YouTube explains that their “presentation of advertising […] brings you creative, compelling content and should also increase revenue flow to artists and content owners”

No benefits for viewers

YouTube, one of the bastions of internet media sharing and publishing, has traditionally taken the side of its users by allowing them to upload illimited amounts of content, leave feedback, rate videos, and even place them onyour webpage. However this new advertising is already infuriating users, who have slated YouTube’s official statement and included many suggestions such as:

Ads at the begining of the video, at the end, around the player but not on the video please. This is the end of youtube

Viewers will therefore see less of the YouTube video content they searched for, be distracted from it, and feel frustrated at the advertising in a way that could lead them to closing their browser window altogether. Furthermore, most of the video content being comedy, users are not in a purchasing frame of mind. This type of advertising is a return to the traditional marketing technique of push advertising and must have been designed at Google by a old fashioned marketing executive due to its lack of relevance with viewer’s desires.

No benefits for advertisers

If there are no benefits for users, there will certainly be no benefits for advertisers and their brands: the amount of backlash by Youtube users proves this. A typical YouTube viewer is there for a reason, that is for entertainment. When users go through the processes of searching, finding, loading and viewing a video of their choice, disturbance will only create irritation -with the advertising itself-, therefore with the brand. Irritation and frustration are not something you want to connote your brand to.