Whilst social networking website Sphinn has been taking off in the SEO/SEM industry like a MySpace with Teenagers, the battle for the top position -or ‘greatest Sphinn’- has been a fierce one. Rand Fishkin was at the top of the list for a while, but now a new era has begun in which John Andrews, author of the blog www.Johnon.com, has toppled Rand with his perfect linkbaiting entry. 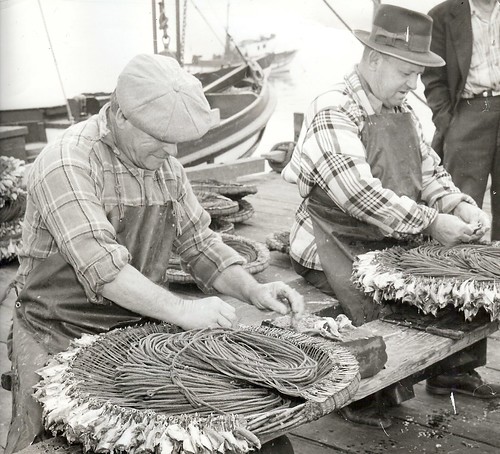 If you want good links, get the best baits! via flickr

I was really impressed with the piece and got in touch with John to find out what he thinks of Sphinn.

John, you’ve been quite successful using Sphinn to promote your blog, have you been pleased with the quality and volume of traffic that the site has been sending?

The johnon.com site is a true blog, in that it doesn’t have a real mission beyond making a statement and providing a venue for expressing thoughts to potentially like-minded people. With Sphinn I’m not promoting my blog but exercising Sphinn. Sphinn is designed to highlight content published elsewhere, with an opportunity to approach that content from a unique, audience-specific perspective. A Sphinn post can frame a published issue specifically for Sphinn members. I imagine that’s partly why it’s called “spin”, but certainly why Sphinn is relevant for search marketers. We frame issues all the time.

Sphinn seems to have been one of the most successful vertical pligg sites, do you think over the coming months it’s likely we’ll see similar sites in different niches gaining similar traction?

There are already many vertical community sites, and entrepreneurs are using tools like Pligg and Ning among others. I think it takes a lot of work to succeed in community site development no matter what technology platform you have, so I expect most new “let’s make a pligg vertical” attempts to fail to get traction for the long term. I would not be surprised if existing established vertical communities starting migrating to more interactive platforms like customized pligg, bringing their passionate moderators and comunity leaders with them.

You quite successfully toppled Rand from the top all time sphinn list; while this was a pretty clever stunt, were you worried about the tendency of well known SEO personalities submissions performing so well?

I didn’t topple anyone. I saw an opportunity to empower Sphinn users by highlighting for them a goal they could clearly see, suggest why it was important, and help them see how going after and achieving that goal was not only good for them as marketers but good for their community. I “spun” it a bit to tease Danny and Rand’s on their positions, and to steal a little good will from those whose knee-jerk reaction would normally have been “no way”. Normal marketing stuff.

I don’t think Rand’s original post was up there only because it was from Rand, but because it was a good marketer post that engendered good feelings with no downside to the supporter. That’s good, but is it worthy of a “greatest hit” spot for all this time?

Really it was most interesting to me because of the apparent irony of the status quo – Rand was sitting there all alone because he works the system as a marketer, but this was a community of marketers and there are some really good ones in there. Sphinn should be better than that. I also wanted to get more Sphinns circulating, and see if I could spark more involvement in voting comments and such. I think it worked. When I look at the “greatest hits” page now I notice Lee Odden, and Vanessa Fox is becoming an SEO name. I think it’s a vibrant community, not just a news site.

Succeeding in search parallels, succeeding in what I call the three pillars of web publishing: domains, traffic, and content. If you compete on the web, you need to be good at these or otherwise have an edge. Many of the things SEO people understand can give you a solid foundation in each of the three pillars, as well as a competitive advantage. Rather than try and say SEO includes SEM or PPC or Social Media etc., I call it Competitive Webmastering. SEO is but one tactic in the Competitive Web toolbox.

Big thanks to John for his views, and congratulations on his 133 Sphinns!