It’s never attractive when someone keeps going on about their achievements, but two things have happened in the last week or so that we’re really pleased with; and want to share with the world. 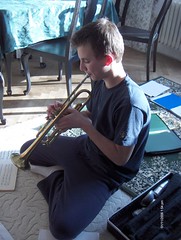 First up we’re chuffed to get featured in [tag]e-consultancy[/tag]’s Search Engine Marketing Buyers Guide for the third year running. There’s thirty one agencies featured this year, more than any previous year.

It’s a great report and a great snap shot into the industry sector as a whole. As with any of e-consultancy Buyers Guides, there’s a charge associated with the download but it’s small compared to the potential cost of choosing a bad search marketing supplier.

From a nosey competitor point of view; I’d take the turnover figures and some of the other company statistics with a pinch of salt. I think some people might be over inflating their numbers while some people are including media spend in their turn over while others aren’t. Though if you realise you are comparing apples with pears it’s still really useful.

Next up we’ve made our way on to [tag]Lee Oden[/tag]’s [tag]Toprank[/tag] blogs Big List of search marketing blogs. I’m pretty sure the idea is motivated mainly for Lee to generate back links but it’s still a big honour. We’ve got some great company in the list and hopefully it might even point a few new readers in our direction.

I can assure you we aren’t getting too big for boots though, we will still keep plugging away for clients to help them climb right to the top of the Google Rankings! We just might have trouble getting heads through the office door.