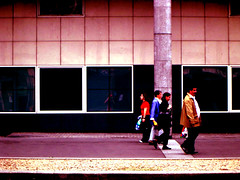 I like to think of it as passive intimacy (which I’ll prob write more about in the next weeks) However while it’s all about building relationships with people; it’s always nice to have a old fashioned leader board to see who is the most popular in the industry.

Twitterholic does a good job of tracking who is the most followed users on the whole network but I thought it’d be interesting to see who in the SEO-Sphere was pulling in the most attention.

Congrats to Neil Patel, far and away the most popular, though Maki, Danny, Jeremy & Andy aren’t too far behind.

Disappointingly there’s no Brits in the top twenty five other than expat Andy Beard, time for us to up our game!