There’s been hundreds if not thousands of articles written about link bait. I’d hazard a guess that there’s probably even more articles about how to write the bait than there is paid up pieces of link bait for clients. 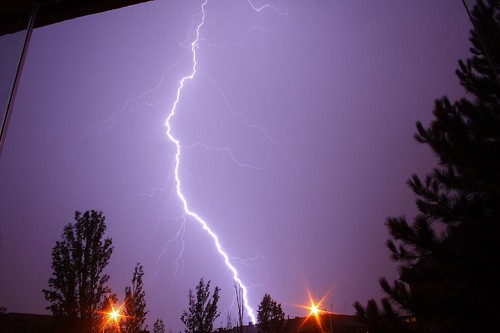 credit: .martin
But with this post I’m going two try and write about something slightly different. With
link bait the content is hugely important. There are some great articles out there about how to write titles, about making your content scan-able even which images to use.

But before you get on flickr looking for creative commons images you need to come up with an idea. That’s the difficult bit, and that’s where I hope to help with some advice on how you can increase your chances of inspiration and when it does come along how you can make more of it.

Have a pad at all times – when you’re on the phone discussing the minutiae of an analytics report on the phone explaining why two almost identical landing pages have completely different bounce rates an idea will come to you that’s foolproof.

Write it down that second on a nearby pad because by the time you’ve hung up the phone the idea will have returned to the ether.

Note ideas even if you don’t have a client – most of us won’t be lucky enough to be a full time bloggers. The chances are we will be writing link worthy content for specific clients these can cause a few problems. When you are coming up for ideas of bait for a financial services a brilliant concept for a piece for a pet store will come to mind.

Keep those ideas somewhere because in six months time you’ll be trying to come up with an idea for a piece for a pet store and a great financial services piece will come to mind.

Read the Small Stories in the Tabloids – a while ago I used to work on Zoo magazine, the journalists there were great and putting together a great title and a couple of supporting paragraphs. They’d storm digg and stumbleupon if they ever set their mind to it.

However the fact people like this aren’t working in internet marketing should really act as inspiration. Read the small stories in the side bars of the tabloids like the Sun/Metro/Daily Star Etc. it might give you ideas for stories you could expand into a bigger piece or just help you pick up some tips on how to write simple but interesting content.

Have people you can bounce ideas off – some of the best ideas for businesses/movies/anything have come when down the pub. That’s not only because of the beer it’s also because you’ve got people to bounce ideas, whether it’s just in your office or virtually online it’s good to have some people to run your ideas by.

The more honest the better. If they can stop you posting a story that dies after 4 diggs they’re a friend indeed.

Get a small ball – maybe it’s because I’m doing a poor Toby Ziegler impression but I have a small round stress ball that really helps with my creativity. Not because it relieves stress but because I can throw it hand to hand. I think I read somewhere that it works because it makes both sides of your brain work that’s sets off some inspiration switch. Whether that’s true of not I’m not sure but I’d recommend at least trying it.

Understand your creative zones – different people have different productivity levels during the day. Just the other day I was talking to Anthony Mayfield over at icrossing about how for both of us an hour before 11 in the morning is worth the same as three after five o’clock. Some people are the complete opposite and can’t get going until long after they ought to have caught the bus home, the trick is to get an understanding how your mind works and tailored your work schedule around that.

If you’re like me maybe it’s best to put all your reppetitive tasks in the afternoon because the killer content is never going to strike and ten past four.