The social media bookmarklet has become a de-facto element in most new website designs. And while I love social media and think it can have some huge benefits for websites; I think including social bookmarklets like AddThis to a new web build by default is at best laziness and at worse symptomatic of a complete misunderstanding of how social media works. 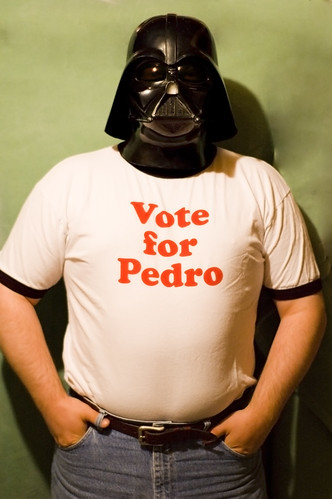 So after I went off on a bit of rant about them in the office I thought I needed an experiment to prove my point.

I chose the bookmarklet tool from AddThis and using Yahoo Site Explorer I found some websites using the tool.

To get a random selection of websites I picked the website ranked 1, 101, 201 etc on SiteExplorer all the way to 1001. The idea was for the websites to be of mixed quality, as it would have been too easy to choose rubbish websites and try and make my case with those sites.

For each of these sites using the book mark tool I tested there presence on Digg & Delicious to see if to some extent the bookmarklets were working, then finally on stumbleupon (which isn’t included on addthis bookmarklet by default) to ascertain whether the sites in question would have gained their votes without the bookmarklet.

While some of the sites did okay on Digg & delicious, the fact all the sites had gained some traction on stumbleupon without being featured in the bookmarklet suggest to me that they had little or no positive influence.

So before you start adding lots of little buttons to your site understand they are not an elixir. What’s really important in terms of social media success is creativity, killer titles, understanding your audience, timing and to a certain extent good luck.

John Reading
Verified
Jason's response to helping members of the community who are affected by poverty and disadvantage was, as always, fantastic.

James Rowell
Verified
Always a pleasure to speak to SiteVisibility, very professional and have provided and offered a lot of support for our business. They've taken time to really understand us which meant being able to discuss our unique challenges, whether its in the area of their service or introductions to others. Highly recommend.

Oliver Chapman
Verified
A quality outfit of genuinely great people to work with who know their stuff.

Lisa Taylor
Verified
Jason and the team really know their stuff. Excellent service and always willing to go the extra mile. I highly recommend Site Visibility if you’re looking to grow your SEO knowledge and your business.

Mariella Wilson
Verified
I only had a consultation with Jason Woodford. The quality of advice he gave me was wonderful. Highly recommend their service.
Google rating score: 5 of 5, based on 57 reviews.