Ben Jesson is no stranger to these web conferences; he’s been speaking professionally about internet marketing for years now, after generating millions of dollars in many highly competitive industries, working with companies including Google, Vodafone and Foxy Bingo. Ben soon concluded that conversion rate optimization was the most important opportunity for the majority of web businesses and as a result, he co-founded Conversion Rate Experts.

Ben is discussing ad copy and landing pages in the continuity clinic on Thursday, 19th February at 9.00am.

Site Visibility caught up with Ben before the SES conference for a quick Q and A. 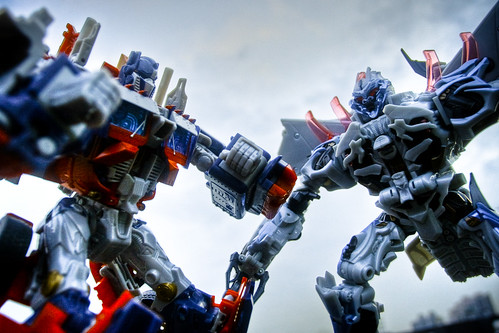 Getting a big win. There aren’t many jobs that give you such a rush. It becomes almost addictive. Very few salespeople could ever experience the excitement of being able to grow a company by a significant percentage, sometimes overnight.

At Conversion Rate Experts, we love graphs, and seeing one hit the ceiling is what we love most. It’s great to know that we have helped a client to achieve their targets.

2.     What advice would you give to an aspiring SEO expert?

I’d give them the same advice Aaron Wall gave to me during a brief phone call in 2006: “Give away as much valuable information as you can”. We took Aaron’s advice, and, a few weeks later, launched Conversion-Rate-Experts.com with a free report called Google Website Optimiser 101. The report went viral, getting on the home page of Digg and Delicious. By the end of the week, we’d been featured on the Alexa.com home page as the third-fastest-growing website in their “Movers & Shakers” list. That one report was enough to get us (i) noticed in the industry, (ii) an invitation from Google to partner with them, (iii) invited to speak at conferences…oh, and, most importantly, (iv) clients.

3. How do you think SEO is likely to be affected by the global economic downturn?

With all marketing budgets in 2009, the marketing activities that measurably show the greatest ROI will thrive. As an SEO, your job is to demonstrate that you are generating a great ROI.

If I were selling SEO services, I’d do two things:

(i)                  I’d start to get obsessed about analytics, tracking, and measurement. I would go away, segment the traffic and then say to my client, “Look at this report; for every pound you spent on SEO last year, you made two back…that’s a better ROI than any other marketing channel you have. Maybe you should be spending more with us.”

(ii)                I’d also work on increasing my clients’ conversion rates. If you can increase the conversion rate of their webpages, then the value of the SEO traffic increases proportionately, because your client extracts more money from it. Also, it can have knock-on benefits for their paid search and even offline advertising campaigns. The effect on their ROI can be amazing.

We recently wrote an article about the reasons to get obsessed with conversion rate optimisation in 2009, which demonstrates the benefits (and importance) of increasing conversion rates.

4.     Will there ever be a 100% conversion rate possibility in your opinion?

Not without a crazy level of targeting, personalisation, segmentation, 100% accurate measurement of conversions over time, and with multiple visits (and traffic sources from those visits) taken into account… and maybe a personalized video of Derren Brown hypnotising them to buy now!

5.     Conversions are obviously your forte, but what other areas of traffic do you think go overlooked or are of particular importance during the recession?

A big shock for me is how few websites collect email addresses in order to have a second (and third, fourth, etc.) attempt at selling to their visitors. If you don’t have a system in place to open a channel to communicate (such as email newsletters, catalogues, free reports, and RSS feeds), then you only have one chance to try to convince your visitors to do business with you.

We advise our clients to think about their sales funnel from start to finish, and consider adding some kind of feature that opens up a channel to communicate to those visitors who may have left the website initially without buying, but who may be persuaded to purchase again in the future.

It’s like trying to ask someone to marry you without getting their phone number first…it’s better done at a later date, once you’ve built up a relationship.

Though that never stops my friend Adam.

Sign up to our RSS feed to ensure you don’t miss the developments as they happen at the Search Engine Strategies Conference in London.