We were lucky enough to interview Tim Ferriss for yesterday’s podcast. You can download it here in a double bill interview with Seth Godin, if you haven’t listened to it already) 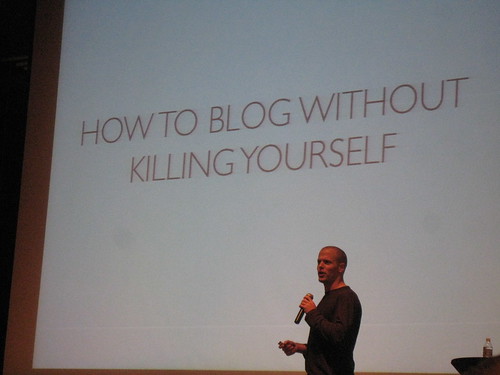 One of the subjects we touched on in the interview was tools. In the book, The 4-Hour Workweek: Escape 9-5, Live Anywhere, and Join the New Rich,

Tim advocates radical and comprehensive testing to every element of your marketing. It something we all know we should do, but sometimes it’s difficult to find the time or the right tool to help us carry out the testing.

With that in mind I thought I should compile some of the tool’s Tim’s recommended over the last couple of years, and help explain how you can start testing your marketing to get the best possible performance.

When Google launched Analytics it completely changed the way people measured the success of their website. Instantly you could get the kind of information about your traffic sources that previously would have cost you hundreds, if not thousands of pounds.

Having web analytics went from something you found on a few sites to absolute ubiquity.

I’ll be honest, when Google released their multivarient testing programme Website Optimiser I thought we’d see similar changes. But for some reason the up-take has been quite a bit slower.

Most people assume that testing different texts, layouts, calls to action etc. would be very difficult, but GWO makes it easy. The fact so many people are scared of it makes it’s use even more of an opportunity.

Tim’s a big advocate of GWO and I think more of us should use it to experiment with our sites.

Bit.ly to test the success of your tweets

You can barely move online without someone telling you how powerful a marketing tool twitter is. And to a certain extent they’re right, but too many people are investing too much time in Twitter without any kind of numerical analysis of it’s performance.

Twitter’s open API has meant that already in it’s short history some great analytics tools have been created. One Tim recommends is bit.ly. It’s a free tool that can give you analysis of who clicks links in your tweets and when.

This is hugely powerful and can have a huge impact on the value of any marketing you do on Twitter. Say, for example Bit.ly let’s you know your tweeted links have a 50% higher click thru rate between 12-2 on a Friday than the average for the rest of the week; Suddenly you won’t be launching your twitter competition 9am on a monday.

Su.pr is one of the latest features from Stumbleupon that gives you great analysis of you social media traffic. Frankly it makes the features of bit.ly look a little basic. The other advantage is that it plugs in well with stumbleupon generally. One tip from Tim is if you’re testing anything you need a certain level of traffic before you can gain any kind of statistical analysis, stumbleupon is great on this front and usually much cheaper than adwords.

We’ve all seen those heat tracking studies on the search engine results pages and it informs so much of how we think about search engine rankings, but how many people can put their hand up and say they’ve done the same for their own site?

So many of the thousands of decisions you make when designing a site are aesthetics. That’s not a problem; it’s an art, not a science. But Tim advises to use a heatmap software like CrazyEgg to appreciate whether those aesthetic judgments were correct!