At the watercooler, the pub, on Twitter or anywhere people were having conversations over the last few weeks you could be sure the topic of conversation on how Derren Brown predicted the lottery numbers, made you stuck to your chair or lost my old work mate Ben’s 5 grand savings was bound to come up. 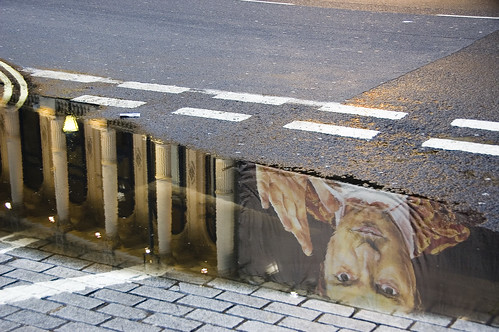 Over in the states they call Derren’s mix of magic, hypnotism and general creepy-ness Mentalism (though that word has quite a different meaning here in the UK). Seeing Derren’s achievements in the supporting repeats of his old shows got me thinking about whether the tricks and techniques used by hypnotists would be any use to link builders.

It sent me off into the the somewhat scary world of Self Hypnosis & Conversational Hypnosis. I survived the hard-sell and came out with a few tips for link builders. So look into my eyes, not around them look into my eyes and I’ll share what I learned.
Build Trust & Confidence

I think this is as important in link building as hypnosis. A hypnotist wants their first volunteer to work well, it makes everyone much more believing when it’s their turn. You need to build this confidence as well when you’re approaching people about links. Show you are working on behalf of a trusted website so there’s no doubt in their mind why they would want to link.

Can you associate the process of linking to your site with an event from the past, Perhaps you could say something along the lines of ‘I’m sure you’ve been on a website and folllowed a link on another webpage, it probably made you think more of the first website’

If you’re using the phone this is much easier. One possibility is sending them an email, follow it it up with a phone call and asking to describe a situation where they’ve linked out before, by re-enacting themselves making this action they’ll have a greater likelihood of carrying out that task.

Remember the power of imagination

People’s ability to imagine is vital to the success of any attempts to hypnotise anyone and it can just as easily be applied to link building. Let them imagine the value you’re link is going to add to their site rather than spelling it out exactly to them.

Realise it won’t work every time

Hypnotists realise not everybody is suggestible enough to fall under their spell and it’s the same with your link building. Some people will do as you ask and other won’t with experience comes the ability to judge who is most likely to comply.

Bear in mind this is a bit tongue in cheek, I know next to nothing about hypnosis but who knows maybe it could help with linkbuilding? I mean if it really worked you’d have to link to this post right?!?