The last couple of days the SEO blogosphere has gone a bit Blogrush crazy, while some people seem to be getting real results from the blog widget, which promises you traffic if you share traffic, others have decried it as a obvious Pyramid scheme. 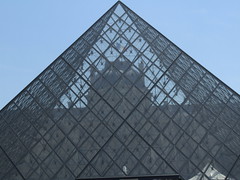 I disagree with both; it’s actually a Ponzi scheme, which while quite similar is actually a bit different.

Pyramid schemes usually require an upfront payment – there’s no real cost to joining blog rush, and it is possible to attract traffic with out any payment. Admittedly if you are sustained by ad revenues you might be missing by installing the widget, but I imagine most people aren’t that naive to use prime screen real-estate for the widget.

Ponzi schemes rely on high profile personalities – I’ve seen a few really high profile Blogger experimenting with blog rush which encouraged me to take the idea a bit more seriously. Another classic Ponzi tactic, if you can encourage high profile investors (or this case bloggers) to get involved more will join, especially when the referral system encourages them to tell more people about the widget.

The problem is any Ponzi is ultimately unsustainable, as it will require an ever increasing number of page impressions and widget users to deliver the traffic they promise. Plus it won’t be long before people realise not only is the other sites appearing in the widget they might not normally endorse and that the value of the traffic [tag]blogrush[/tag] sends is worth less than the advertising for other they provide.

As an aside though I don’t think anyone is actually out to con anyone with Blogrush, but I think those behind it know that it won’t last for long before it collapses under it’s own weight.