For a while now Twitter have been limiting people outside of the U.S from receiving more than 250 tweets to their mobile in a seven day period. It’s not hugely surprising they are having to pay to send the texts and they don’t even really seem to have a plan of how to monetize their site. 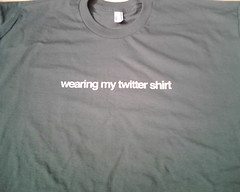 Cull the Mega Tweeters – I don’t have Robert Scoble on my follow list, but I have had plenty of people who tweet far more often than I can handle. You can keep them on your follow list but you can turn off getting mobile notifications from then. The last thing you want is someone giving you a play by play update of an American Football game using up all your allocation. Be ruthless because you can sure people would cut you if you did the same.

Time Zones – I’ve got used to waking up with twenty plus text messages but I began to realize I’m never going to read these texts as they come through, so I’ve began turning off notifications from the people in completely different time zones.

Use the Mobile Version of the Site – twitter has quite good mobile web interface, so even if you aren’t toting a iPhone or n95 you’ll be able to check and give you own updates relatively easily.